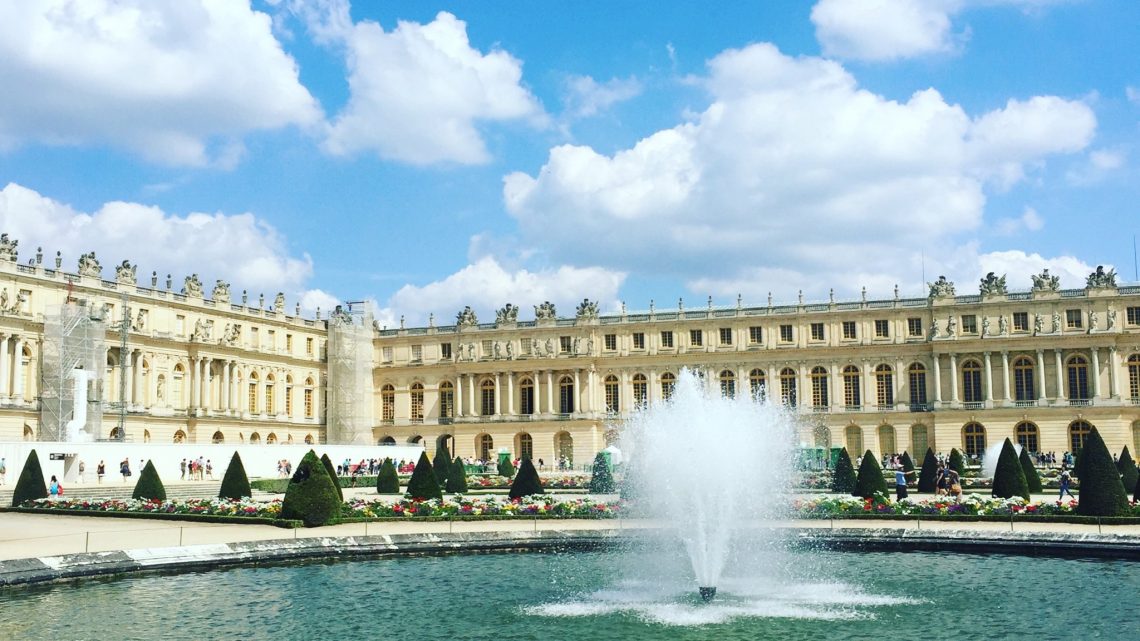 VIP Tour of The Palace of Versailles, Hall of Mirrors Serenade, and Garden Fireworks Spectacular

The Palace of Versailles in France is one of the most unforgettable sites you will ever see. Now combine that with a serenade in the Hall of Mirrors and the garden fireworks show, and your day will feel like royalty.

During our Paris trip in Summer 2016, we wanted to spend a day in Versailles. When I looked up tickets on TripAdvisor’s Viator, I saw great options to build out my day and evening for the ultimate experience.

There are fantastic things to see besides the standard tour that usually has very long lines and impossible crowds. Because we wanted to make our time the most efficient and go above and beyond the average tour, we opted for the following experiences:

Viator VIP: Palace of Versailles Tour with Private Viewing of The Royal Quarters

The VIP Tour is an 8 hour tour that provides many advantages. There are many “skip the line” or so called “private tours” out there. The Viator VIP tours are truly one of kind, white glove experience you would expect from an exclusive tour. The groups are small, generally no larger than 16 people. Skip huge lines and enter the Palace through a private entrance.

In addition to the standard Palace access you get with a general ticket, the VIP guided tour extends to the following:

The Royal Quarters which are usually off-limits. The rooms of Louis XV and Louis XVI that you can see are:

Our tour guide was an expert who actually works at the Palace of Versailles. She also had access to secret rooms and doors that helped to avoid lines and crowds.

Although this was during the day during primetime hours, it still felt like we roamed many halls ourselves. It was wonderful to avoid all the crowds.

My favorite place in the entire palace was the Royal Chapel. Only VIP guests can actually go inside, walk around it, and take as many pictures and videos as you’d like.

The Palace security regulated the crowds and will not allow anyone inside the gorgeous chapel without the VIP or authorized access. At moments we felt like an exhibit as the crowds walking by wondered how we got inside.

Our VIP group only inside The Royal Chapel!

Another great perk about VIP is you can take as many pics and videos as you’d like inside the exclusive rooms. Take a look at this video as we show you inside.

The VIP Tour states the guide will take you either to The Royal Chapel or to The Royal Opera House, our group that day got to see both! You can only access The Opera House by tour guide or buying a ticket to a formal show.

The Royal Opera House was built for Louis XV in the 17th Century by Ange- Jacques Gabriel. It was the largest entertainment hall in Europe at the time. Today, it still hosts the fine arts and musicians to the public.

The Royal Quarters or “The King’s Private Apartments”

The Royal Quarters or also referred to as The King’s Private Apartments were designed for Louis XIV’s private and personal use. His son, Louis XV, extended the apartment to the upper floors, creating new rooms, work cabinets, dining rooms, libraries, scientific galleries, and laboratories.

If you have access to the Royal Quarters or “King’s Private Apartments”, here are some of the must see antiques and rooms during your visit.

Louise XVI loved to read! One of the first things he did was build a large library in the Private Apartments when he became King.

The clock room, with a clock with a crystal globe depicting planets revolving around the sun

The Corner Room in which Louis XV’s roll-top desk is located, is thought to be one of the finest pieces of furniture on earth.

The story of King Louis XVI and Marie Antoinette was of obscene opulence. She was the last Queen of France before the French Revolution. Her most famous line is “let them eat cake!” The King gave Marie a palace of her own through the gardens of Versailles. The VIP ticket gives you access to her palace without a guide and extra ticket fee. We enjoyed our leisure walk around Marie’s private palace immensely.

Royal Serenade Dance Show in The Hall of Mirrors

After regular hours of visiting the Palace, the day is not over. During each Saturday in the Summers, you can buy tickets to see a Royal Serenade brought to life with live actors in costumes.

The tour goes through a few rooms in the Palace of Versailles before entering the Hall of Mirrors where the serenade takes place. Each room has an actor to entertain the crowd. They all speak French and I could only understand bits and pieces with my limited knowledge. We still enjoyed the scenery and authenticity of the production.

Summer is the best time to visit Versailles for the longer days and the activities don’t seem to stop. To end our evening after the Royal Serenade, we stayed to see the musical fountain show and the fireworks.

The gardens of Versailles are stunning. It’s manicured and shaped to absolute perfection. In the Summer time, the fountains come to life and dance to choreographed lights and music at night!

We were able to grab a seat next to famous gold fountain when it was time to see the fireworks around 10pm. The night show starts at 8:30pm and ends at 11:00pm.

Many different fountains throughout the large gardens that dance to lights and music.

Visiting Versailles was a bucket list destination we loved and would do over again. The day was full of adventure and we loved every moment of it. If you have a chance to see the activities at night, it’s worth the time.

Enhance your experience at The Palace of Versailles with these upgraded tours. 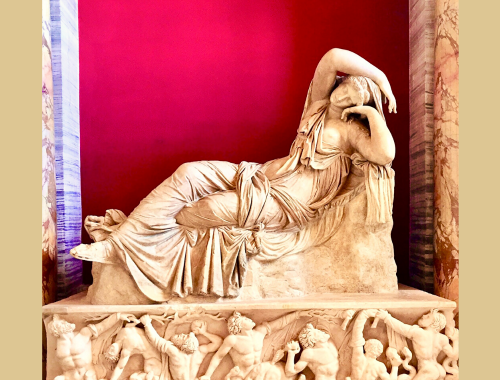 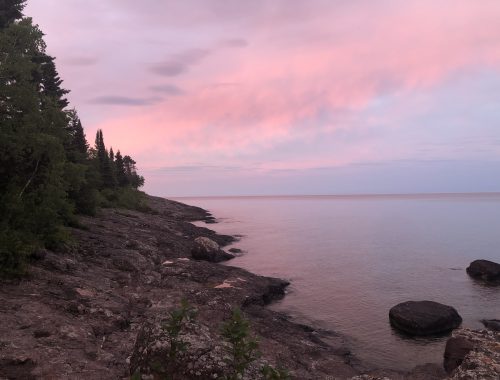 Kristi @ Way Beyond The Norm

Wow! What an amazing visit. VIP treatment for sure! Everything is so beautiful.

Enjoyed your photos of The Palace of Versailles. It has been a long time since I have visited. It brought back great memories.

First, I love to use Viator for tours. I find they have the best ones and their prices are decent. Second, Versaille is gorgeous. I was there in 1999, so a long time ago, but it left quite an impression on me. I wish we had stayed and saw it at night. We also explored the town and found it so charming. I like it better than Paris.

Wow! What an experience that was. Why is it that they just do not design architecture like they used to?

I would absolutely love to take the VIP tour…absolutely beautiful especially the Corner Room, Royal Chapel and Royal Opera House.

When we went to Paris in Spring of 2017 we had planned on going to Versailles but my daughter and I were really sick with the flu and had to cancel most of our plans. Looks like you guys had a fantastic time and the pictures are so beautiful. We will go back and conquer Versailles with our little one. Just wait.

WOW! I cannot imagine how anyone could live in such opulence, but it sure is wonderful to see it all. I love all the colors. This is definitely going on my “must see” list the next time we’re in France.

It’s funny that your last line is “Let them eat cake!” Marie Antoinette because I was thinking about that the whole time I was reading this post. Royalty had no idea. This palace is spectacular. When I visited I didn’t stay for the fireworks so it’s nice to see them. I’ll have to stay on my next visit.

This palace is so amazing! I love the extra rooms you got to see on the VIP tour. When I go to France, I would love to experience this!

Your photos are just stunning! I am sure you can get lost in there. I would definitely want to do the VIP pass to avoid the crowds.

We are going in October. It I don’t think they have all the fun events you got to see!

It looks like VIP is the way to go here! Great photos, thanks for sharing!

Love how you shared the onlookers wondering how you were in the Royal Chapel, LOL. When I make the long trip over there, I will for sure see all I possibly can!

I visited Versailles years ago as a teenager and STILL remember how gorgeous it is. Love this review of it.