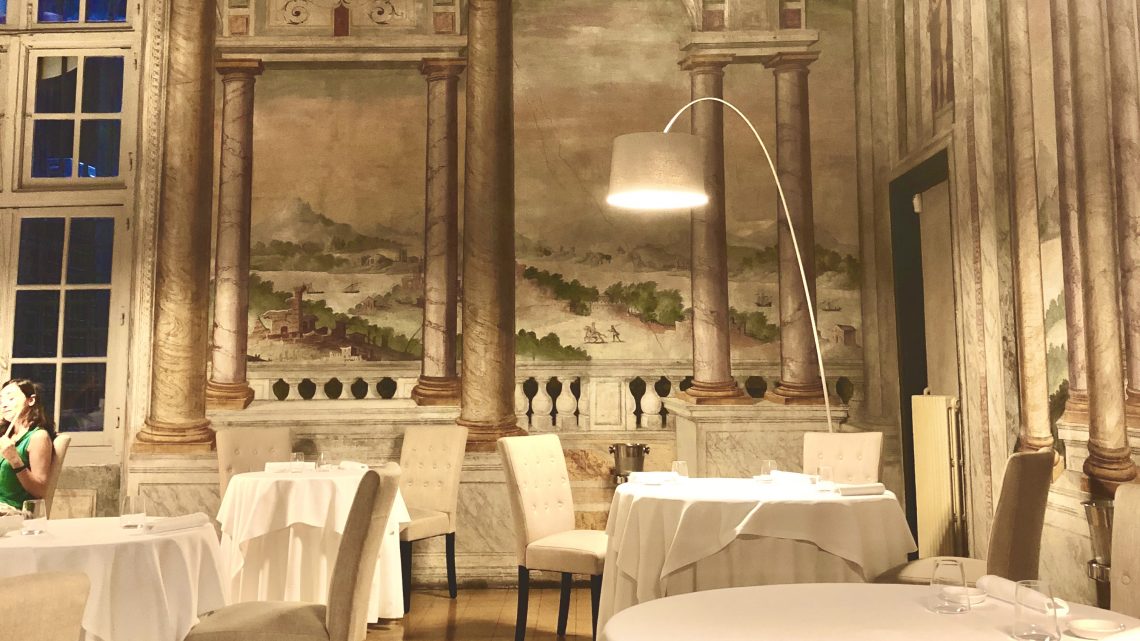 This is probably the funniest and disastrous dining faux pas we ever encountered.

How in the world did we ever get from this,

to this in the same night?

That’s right, we went from a Michelin restaurant to McDonalds right afterwards. How can this be?

We ordered the wrong menu!

Hot Tip: When in doubt, go with the server’s suggestion to avoid a dining disaster.

After dining at over 50 Michelin restaurants all around the world, you’d think we got the hang of this. I wanted seafood because we were in Genoa, Italy right off the Ligurian Coast on the Mediterranean. The server offered us either the meat or seafood tasting menus. He suggested we go with the meat and to our detriment we went with the latter.

The Cook Restaurant in Genoa, Italy

We stayed in Genoa for about 4 days after visiting the French Riviera and was on our way to Malta in August 2018. There was only one Michelin Restaurant in Genoa called The Cook al Cavo Restaurant. It had just received its first coveted 1 Star. It’s a beautiful restaurant located in the historical district of Genoa.

Chef Ivano Ricchebono received many accolades and wonderful reviews that we thought this was a no brainer. I’m sure it was well deserved, but we could not stomach the entrées that evening.

The name of our tasting menu was Movimento which is “Movement” in Italian. It was posted outside along with the other menu options, but it was in complete Italian.

It began ok with the starter breads and olive oil, simple and rustic. I did like the bow shaped bread sticks.

Our first starter from the tasting menu was a foi gras. For those who are not familiar, foi gras is duck or goose liver. It is a delicacy particularly in France and many fine restaurants. It has a rich and buttery texture. Most are made into a paté as a spread for bread. I do like foi gras as a paté but this one was served whole. It was ok, not terrible.

Now this course was where I started to go ugh. It was an anchovie dish topped with ink squid, yikes! They tried to make it look like some kind of art tile, but it screamed tragedy to me. The dish is called Acciuga Su Tela or “Anchovies on Canvas.” It sounds a lot prettier in Italian.

Finally a pasta course! But such a let down because it was too simple. It was supposed to be “lobster linguine,” but was absent of lobster. What?! The flavor was way too light to capture any lobster essence. I mean, I can make this at home. It literally just tasted like garlic, oil, and pepper. Boo.

This fusilli pasta was tastier but nothing special. Again, I could’ve made this at home, fresh tomato and parmesan pasta. So unoriginal.

The last bit of pasta is a pesto based sauce. Now my hubby adores pesto, but he thought the pesto we made at our private cooking class the day before was better.

Now this course did me in! I couldn’t take it. The baby Octopus topped with mashed peas was more than I could handle. I usually like grilled octopus, but never had a whole one on my plate, aghhh! I tried one tiny piece of the tentacle and was done. Poor hubby tried to make the best of it and tried to eat a piece from all sides of the octopus. He got so pale the more he ate it.

This final course before dessert looked promising, It was rabbit. Not sure if it was post-octopus syndrome or just not in good taste that I didn’t like this dish so much. It wasn’t the worst that I’ve had thankfully, but not great.

True story, this was my favorite thing of the night; the palate cleanser! It looked and tasted like strawberries and cream, one of my most favorite combos.

The final course had 2 desserts. The first was a nectarine and mango sorbet sprinkled with some dried ice cream. The second was a bird’s nest and we had no idea what it was. Both were delightful after a bizarre meal and yet still underwhelming.

At this point, hubby looked at his watch and said, “we have 15 minutes to get to McDonald’s!” There was one near our hotel so we jetted out quickly. He had never been so happy to see a Big Mac, ha!

I could not eat another bite, my stomach was still churning from dinner. I watched him order his Big Mac meal and we went back to our hotel room. He still looked pale but he was finally satiated.

It’s rare that we ever had this kind of reaction to a meal. Out of the 50+ Michelin restaurants we have been to, this was the most disappointing. Luckily, it wasn’t our entire experience with Ligurian cuisine. There are plenty of great eats in this region.

Known as a “Cuisine of Humble Origins,” it’s famous for the birth place of Christopher Columbus, pesto, and salami! The sailors shaped the Ligurian cuisine, not the wealthy bankers and merchants as one may think.

Can you imagine the life of a sailer during those times? They were limited to imperishable foods with tons of fish to eat for months on their boats. By the time they arrived back home, all they wanted were fresh fruits and vegetables, and NO more fish!

Fun Fact: Authentic Ligurian cuisine does not use tomatoes. The Sailors were sick of them in the Americas!

If you’re a vegetarian, you would love Genoa! Their food is loaded with fresh veggies and aromatic herbs rather similar to Greek food. Also common to the Mediterranean cuisine is the lack of spices. Ironically, Ligurian food has plenty of herbs but low usage on the spices. Again, this points back to the sailors who would rather have fresh herbs like basil rather than dried spices. Back in the day, the Genovese people would rather sell spices than use it too.

Ligurian cuisine is unique for the Italian cuisine we’re used to. It reminds us of how much culture influences food. When we taste it, we understand a bit of that history.

If you’ve never been to a Michelin restaurant but would like to know more, see what a typical experience is really like: The Top FAQ’s on How to Dine at a Michelin Restaurant. 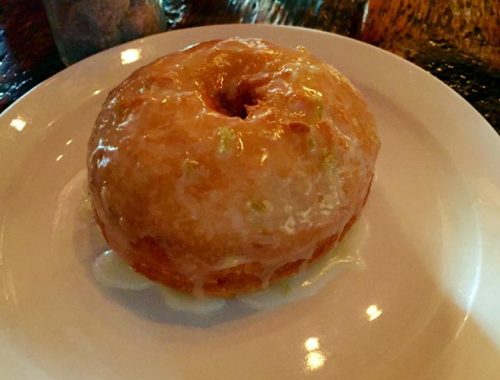 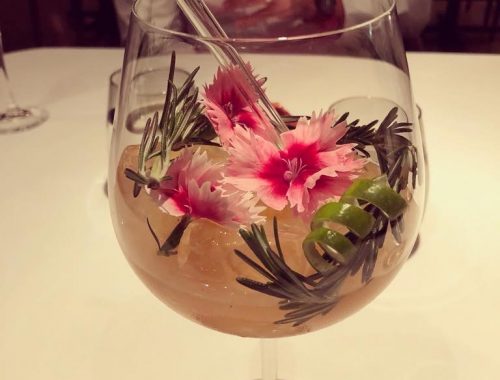 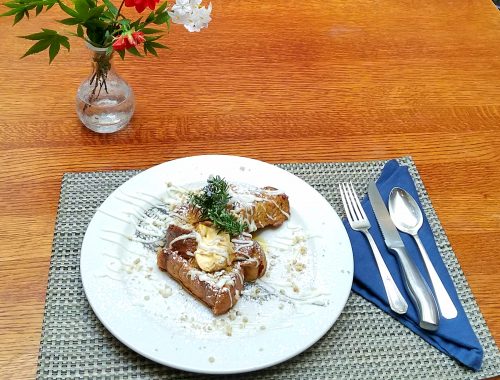 What a nightmare! lol. I once ended up in a Mc Donalds after a yaucht party in Miami that only served food that was still moving! 🤢

Listen, I was there. I tried to get into it. But it was a miss. A big miss. The McDonalds cleanse was necessary. I’d do it again.

LOL! I would have hurried to McDonald’s as well! The octopus would have definitely been the final straw!

What a disaster. But makes for a good story!! I would not have gotten past several of those dishes either.

Unless I was on a boat starving to death, I wouldn’t have even bothered trying it. I don’t eat fish at all. At least you are adventurous and gave it a try! That salad at the end would be what I would eat. It looks really good. Thankfully there’s a McDonald’s in almost every country haha

Oh my!! That octopus course would have done me in too!

I like seafood too, and may have made the same mistake. I don’t think I could have eaten a bite of any of that. But I’m not that daring at food.

What an experience! Love that you always give fair and authentic reviews. I probably would have went with the seafood also…and then the Big Mac with fries. Thanks for this entertaining story!

I trust your opinion so you can guarantee I will not eat there!

That was such a fun post. I love your honesty about how you really liked the dishes and your trip to McDonald’s at the end.

I think we’ve all been there. It’s especially hard for my daughter who has celiac. You think you are getting one thing and it looks and tastes like something totally different. However, a fix for her isn’t as easy as a trip to Micky D’s.

Jennifer | Me and My Traveling Hat

Wow, it sounds like a disappointing experience. The place looks so beautiful, maybe the other dishes meet up to the 1 star rating.

I don’t know…It still looks pretty good to me LOL I love your thought to do all the Michelin restaurants though. very cool

What a disaster, but definitely worth showing. It happens to the best of us. I don’t think I would have made it past the Foi Gras whole like that, honestly!

I agree! I think the baby octopus covered in peas would have finished it for me too!