People all over the world LOVE Disney! The magic is everywhere. What better place to add magic than the most romantic place in the world… Paris! Oui oui, mes amis. These 11 tips will let you know what to expect for your first visit ever to Disneyland Paris.

We lived in Orlando for a long time and was spoiled by frequent visits to Disney World. First off, nothing compares to Disney World so setting realistic expectations is key to not begin your visit as a disappointment. It’s more realistic to compare this park to Disneyland California. Although similar, there are distinct nuances that make Disney Paris a delight and unique from other Disney Parks.

Similar to any of the US Disney Parks, try to go on a weekday to beat the crowds. We visited Disney Paris in 2016 during the Summer time and went on a Monday. The longest wait time was under 30 minutes for any of the popular rides. Parisians love Disney and will flood the park on weekends. It is the most visited attraction in all of France and Europe. In 2017, they celebrated their 25th year anniversary with new parades, shows, and rides. With the new Star Wars attraction, traffic is not dying down anytime soon.

I’m so disappointed we missed Star Wars Hyperspace Mountain! Heard it was awesome and unique that corkscrews upside down, unlike any of the others. We heard that it would open in 2017 while there and we missed it by a year. If you’ve been, I want to hear about it!

Something else that’s different at Disneyland Paris is the Star Wars attractions are split between its 2 parks. It’s centralized at other parks. You’ll find the character meet and greets as well as the Star Tours at Park Disneyland. For the live action day shows and evening “Galactic Spectacular,” they are located at Walt Disney Studios.

Hot Tip 4: Plan an Hour’s Commute and Disney has Shuttles from Paris & Airports.

There are several ways you can get to Disneyland Paris. The cheapest and possibly the fastest way is by train. There’s a lot of traffic in Paris and can take 80 minutes to drive vs 40 minutes by train.

We took Line A of the RER train from central Paris that terminates at Marne-la-Vallée/ Chessy Station right next to the front gates of Disney Village and the theme parks at Disneyland Paris. It was cheap, only around 7.60 euros per person one way at the time. In the late evening, we just Ubered back to Paris for about 60 euros for sheer convenience.

As an add-on to your park tickets, you can elect to take a Disney Shuttle from Paris. They have schedules coming from the Eiffel Tower and Opera House. Cost is between 111 -135 euros per person for 1 or 2 parks. More details and tickets here.

Disneyland Paris also has transportation straight from Charles de Gaulle and Orly airports if you plan to stay in one of their 7 resorts. More details here.

You can also drive yourself to the parks and parking cost is between 30-45 euros depending on how close you want to park.

Hot Tip 6: The Food is Blah

That’s right folks. The most disappointing experience for us at Disney Paris was the food. Ironic really, since the French are known for their incredible sustinance. Unfortunately, there was no magic in their food. They tried to do the American theme, but they must not think much of U.S. cuisine, lol!

Throughout the day it was like cafeteria food. In the evening, we went to Gusteau’s Restaurant from the movie Ratatouille. We were excited to try this place, but everything was bland, luke warm, and entrees even cold. We could tell nothing was made from scratch and were pre-made from frozen foods.

It was so uninspiring I didn’t bother to take pics, just the entrance though. The best options to eat at the park are French items such as crepes and bakery goods along with fresh fruits and veggies.

Hot Tip 7: The Shows and Parades Are Great

Although the food was disappointing at Disneyland Paris, the live shows and parades were quite good. When we went, Frozen was all the rave and the highlight of the parades.

Our favorite show was the “Moteurs Action!” It had blazing fires, fast cars, and tons of stunts to excite everyone. I really liked the French town setting on the stage too.

The Winter Schedule is much shorter than the regular season. Just be aware the park hours during the off-season is 10am -6:30pm and some rides close even earlier than that. If you do go during the wintery months, I hear going on Big Thunder Mountain is a must when it snows.

Hot Tip 9: You Won’t Get Lost in Translation

One of the best features of Disney is the melting pot of people and cultures at every one of the parks. In Disneyland Paris, everyone speaks multiple languages including English. Many of the cast members are actually British. We had no problems communicating or reading in English during our visit.

Hot Tip 10: The Fast-Pass Is Pricey

If you’re use to Fast-Pass in the US, you may need to re-strategize your ride plans. Disneyland Paris Fast-Pass uses a Universal Studios model where you buy it separately. “The bare-bones, one-time-per-ride (and not every ride) model runs $58 and it goes all the way up to $192 for just a single day.”- Points Guy

Not sure if it was just our experience that particular day, but all day long the locals would sneak and cut in front us. Especially if we weren’t paying attention. It started early too. A lady with a family cut in front of us in the ticket line at the entrance to the park. I tried to say something to her but she just ignored me like every other cutter in line that day. I asked my native Aunt about this and she said it’s common but to not take it seriously. They do it amongst each other too, it’s not just because you’re American, she said.

I found the best remedy to this problem was to just stay close to the people in front of you. Europeans are used to being in close proximity to one another. You leave any opening and someone will take it!

And there you have it folks, 11 Hot Tips to help you think about your visit to Disneyland Paris.

You’ll find a lot of similarities in the rides and attractions as Disneyland California, but most having their own twists which makes it fun! The park continues to grow and evolve over time. The Armageddon Les Effets Speciaux was a fantastic attraction but closed in April 2019 to accommodate the expansion of the Marvel themed land.

Go On A Wild Sailboat Race in The Caribbean! 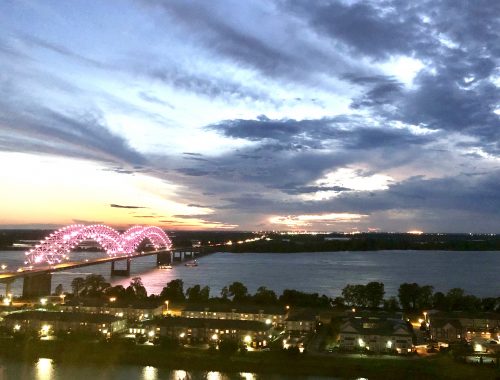 7 Super Cool Things To Do in Memphis 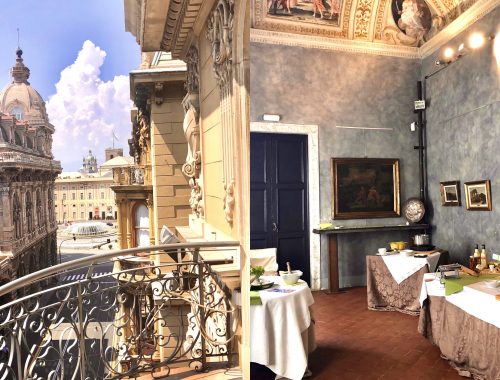 Disneyland Paris is on our list of travels. We had to cancel it last year. These are great tips!

I’ve never considered Disney Euro, but after reading this article, I’ve added it to my travel wishlist!

I was there in 1999. You are correct, do not compare it to WDW. Even being the huge Disney fan that I am, I was underwhelmed. With that being said, a lot has changed since 1999, and I do plan on going back to run the half marathon there in 2022.
I look forward to seeing what has changed.

These are great tips for visiting Disneyland Paris. Thanks for sharing. Good to know about the line cutting. That would have annoyed me. Great to know up front!

I will have to remember this when we make it to Paris. We took Payton to Disney in Orlando and she never asked to go back. When asked if she liked it she said, it was ok…

We just went to Disneyland Paris a couple of months ago! I agree the food was blah but we had a great time. The Star Wars Ride was so fun we rode it at least 4 times. It seemed exactly like the ride at Disneyland California to me, which I love.

So glad you got to go!

Oh no am so disappointed about the food. You would think it would be awesome since you are in Paris. Oh well as a lover of all things Disney, I would want to check it out.

It’s worth doing at least once.

Wow! Anywhere Disney is amazing… so I cannot imagine how incredible it would be in Europe. Looks like a great trip

Wow! What a great post. I love your tips and your honesty about the things that were not so hot. Hope I get to visit someday. Going to pin for when I do 🙂

Thank you for the post. I am planning a Euro trip in the next 3 years and I was trying to decide if Euro Disney would make the cut.

Thanks for sharing your helpful tips.

I haven’t been to Euro Disney so these are great tips to help manage expectations. Even though I’ve visited Europe several times I still haven’t got used to people standing so close to me…and the cutting in line does get annoying. I always have to remind myself to shift my energy elsewhere.

I actually liked this park but I had to think of it all on its own and not compare it to the Orlando version.

Loved this post, I forget that there is a Disney Paris. I still haven’t been to Disney World! Been to Disneyland several times though.

Great tips! I have not been to anything Disney yet but I sure have a great wealth of knowledge from our Disney-loving blogger crew!! Thanks for sharing!!